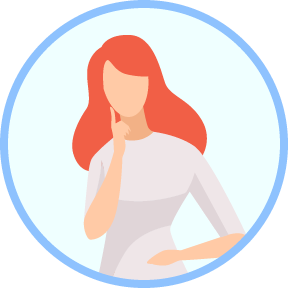 Radioactivity is the ability to emit radiation such as alpha rays, beta rays, and gamma rays. Materials that emit radiation are called radioactive materials. 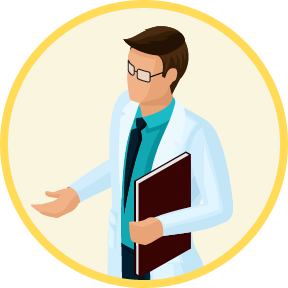 Radioactivity refers to the ability to emit radiation.
This ability is expressed in becquerels (Bq), which is a measure of the amount of radiation released in one second. 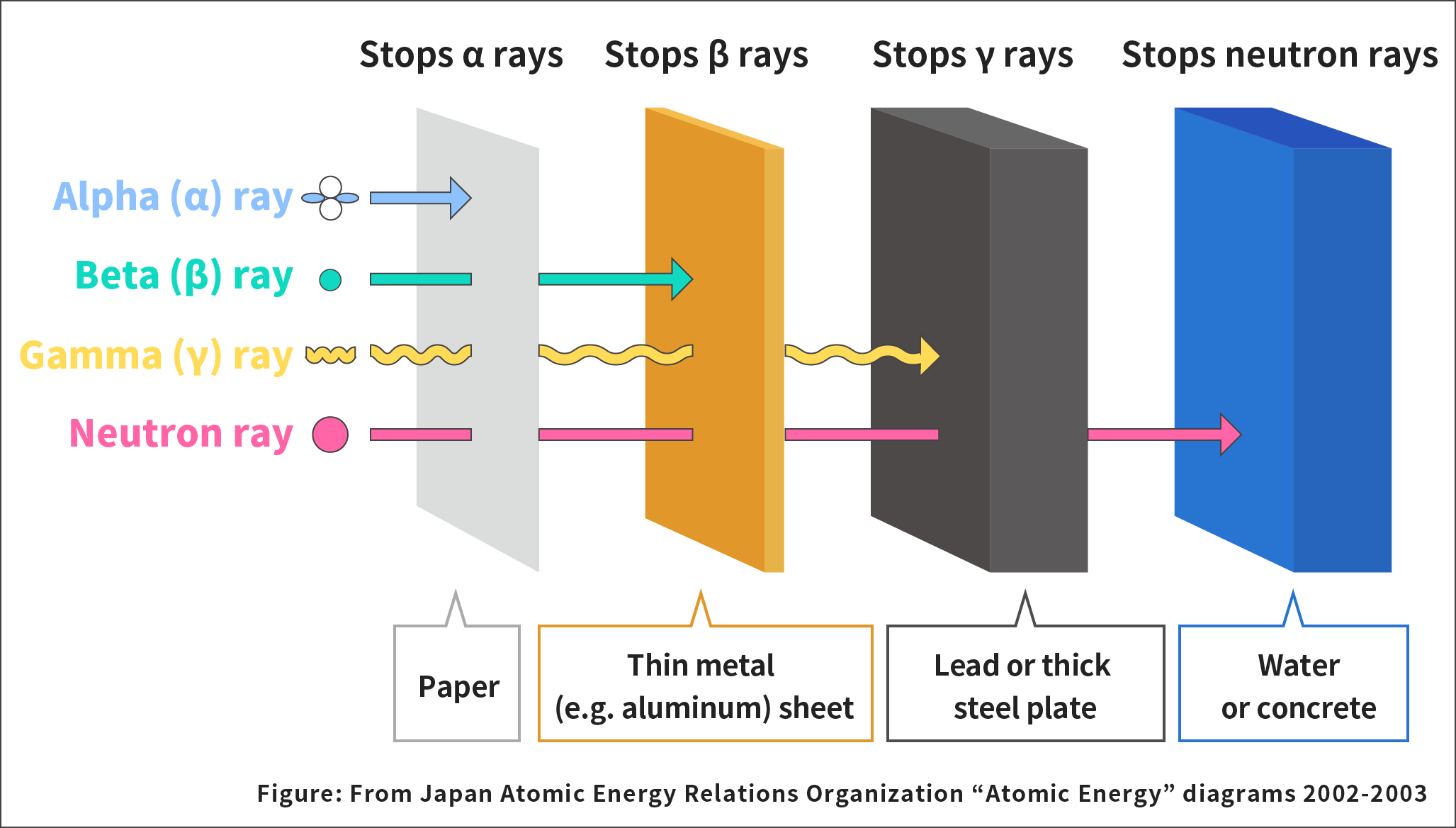 Alpha rays are a radiation cluster of two protons and two neutrons. They can not penetrate objects well and can be easily stopped by one sheet of paper.

Beta rays are electrons that burst out from nuclei. Beta rays have a greater ability to penetrate objects than alpha rays. However, they can still be stopped by thin sheets of metal, such as aluminum.

Neutron ray is radiation emitted when nuclei disintegrate. Neutron rays can be stopped by water or concrete.

3What happens when radiation hits an object? 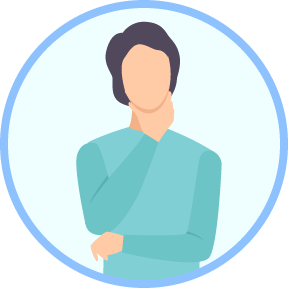 What happens when radiation hits an object?

When radiation hits an object, it sometimes flicks off electrons. 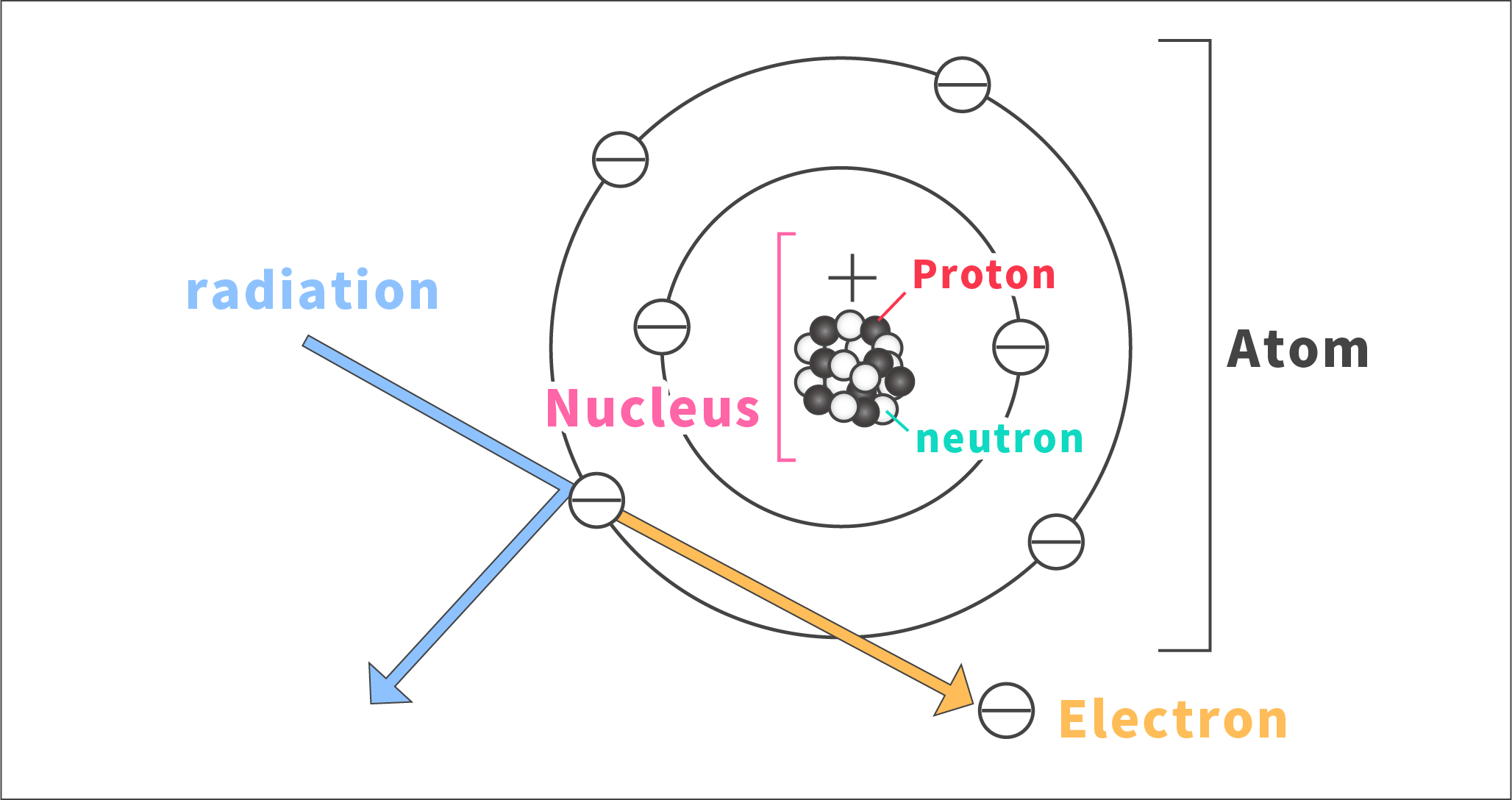 A nucleus is a combination of protons and neutrons. The act of radiation flicking electrons off is called “ionization.”

4Why is radiation emitted? 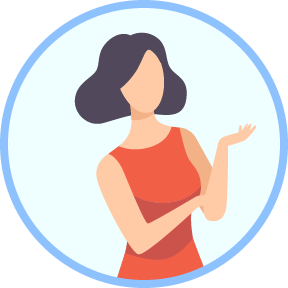 Why is radiation emitted? 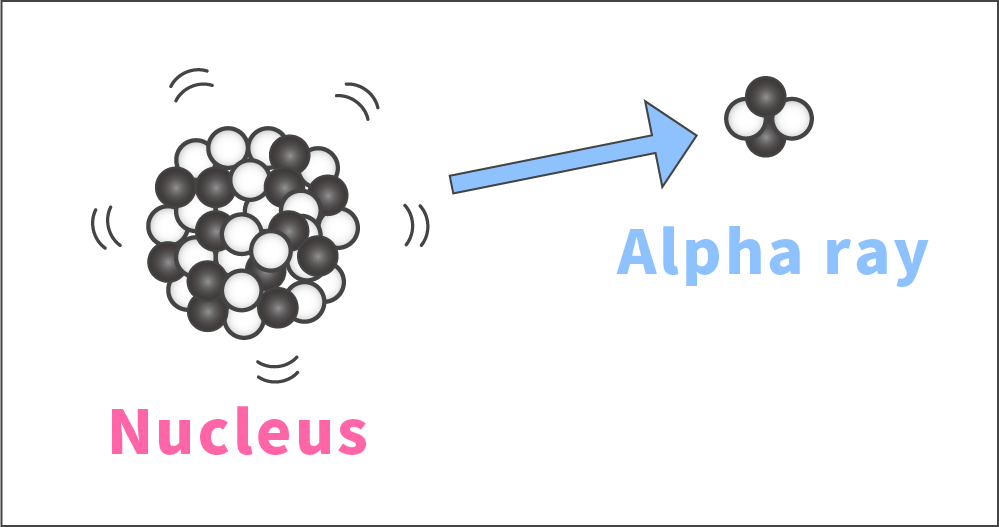 When the number of neutrons or protons is too large, a nucleus may become unstable. In such a case, the nucleus releases a cluster of two neutrons and two protons in an attempt to stabilize. This cluster is an alpha particle, which is an alpha ray. 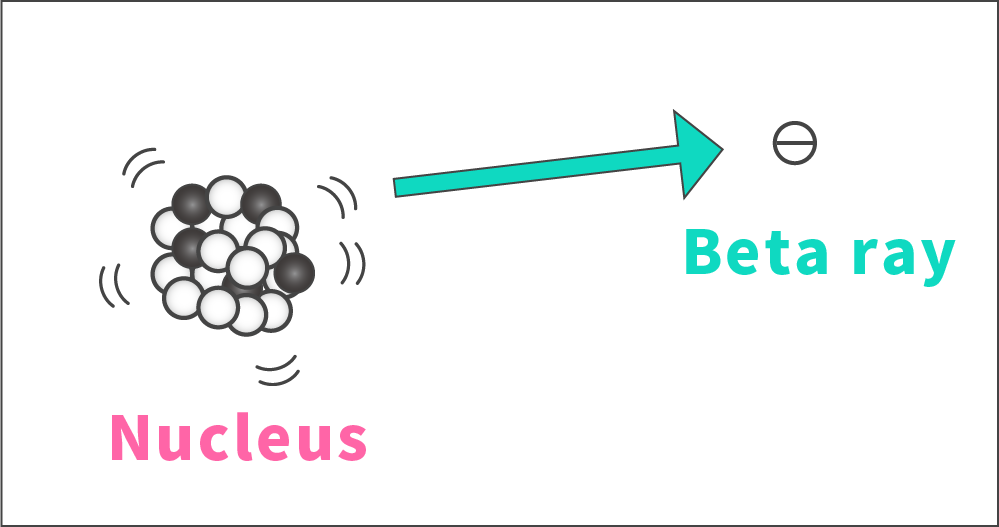 When alpha rays or beta rays are released, in some cases gamma rays, which are electromagnetic waves, are also emitted.

5I heard radiation is invisible. How do you measure it?

I heard radiation is invisible. How do you measure it?

When radiation hits an object, it acts electrically on (ionizes) the object. The radiation can be measured utilizing this phenomenon.

When radiation passes between two charged electrodes, objects in the path of the radiation become ionized (i.e. they become ions). By converting these ions into an electric current, we can detect the radiation.

6What are naturally occurring radioactive materials?

What are naturally occurring radioactive materials?

Radioactive materials found naturally in the environment include those that are formed by cosmic rays and existed on Earth from the beginning of time.

High energy particles such as protons are generated in space. They are called cosmic rays, and when they reach Earth, they collide with nitrogen and oxygen in the air and form radioactive materials such as beryllium-7 and carbon-14.

Many radioactive materials were present on Earth when it was created about 4.5 billion years ago. Among them, those with a long half-life (time required for radioactivity levels to halve), such as potassium-40, thorium-232, and uranium-238, still exist on Earth. 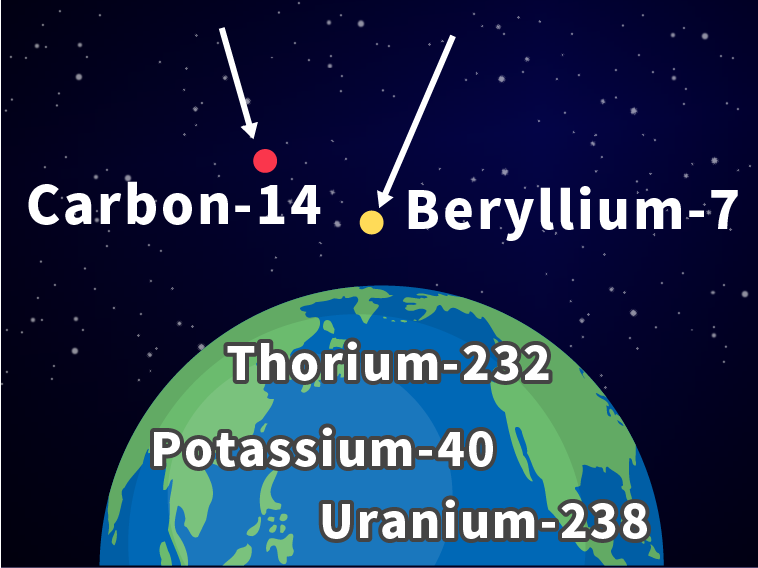 7What are artificial radioactive materials?

What are artificial radioactive materials?

Some countries conducted atmospheric nuclear tests until 1980. Radioactive materials generated by these tests fell to the ground or into oceans along with rainwater and dust (called radioactive fallout). Among them, those with a half-life (time required for radioactivity levels to halve) of around 30 years, such as strontium-90 and cesium-137, still remain in the environment in small amounts. 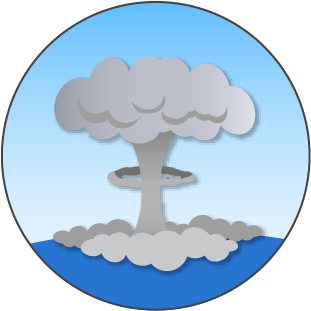 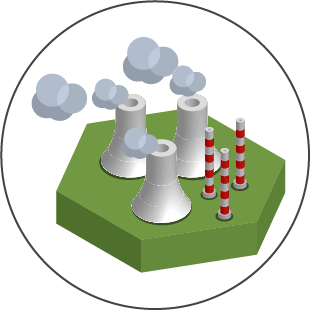 Examples of use for medical, industrial, or agricultural purposes

For medical purposes, carbon-11 and fluorine-18 are used for cancer diagnosis (PET scan), utilizing their properties to release positrons (positive electrons), technetium-99m is used for blood flow diagnosis, and iodine-131 is used for the treatment of thyroid diseases.
In industry, iridium-192 is used for non-destructive inspections. In agriculture, cobalt-60 is used to prevent potatoes from sprouting.

8Is it true that radioactive materials generated by nuclear tests conducted in the past still remain?

Is it true that radioactive materials generated by nuclear tests conducted in the past still remain?

Yes, they still remain, although in very small in amounts.

Many artificial radioactive materials were generated by nuclear tests using uranium and plutonium conducted in the atmosphere from 1945 to 1980. Among them, strontium-90 and cesium-137 still remain in the environment because they were generated in large amounts and it takes about 30 years for their levels to halve.
Atmospheric nuclear tests ended in 1980, but the concentration of cesium-137 in the fallout temporarily increased in 1986 due to the Chernobyl Nuclear Power Plant accident. The concentration of cesium-137 returned to the level before the accident soon after that.
Changes in the amount of cesium-137 in rainwater and dust in Japan since 1974 are shown in the figure below. 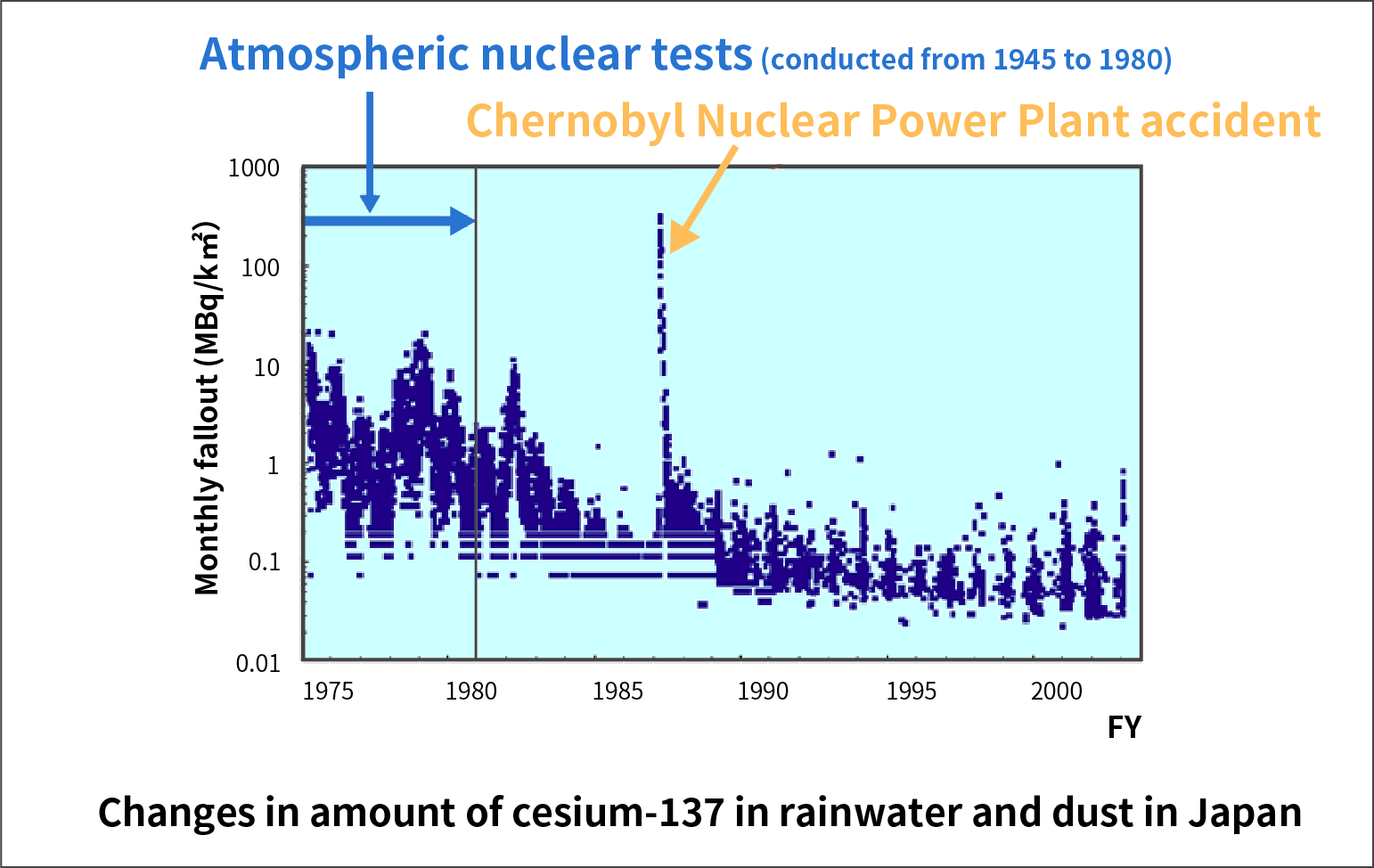 Compared with the doses of radiation we receive from the environment, the doses from strontium-90 and cesium-137 are very small.

In Japan, a person receives 1.5 mSv (*1) of radiation that naturally occurs in the environment and 2.3 mSv (average) of artificial radiation from medical screening and other sources every year. Compared with that, the amount of radiation we receive from radioactive fallout such as strontium-90 and cesium-137 is as little as 0.01 mSv per year.

(*1) mSv (millisievert): a unit used to measure the effect of radiation on the human body 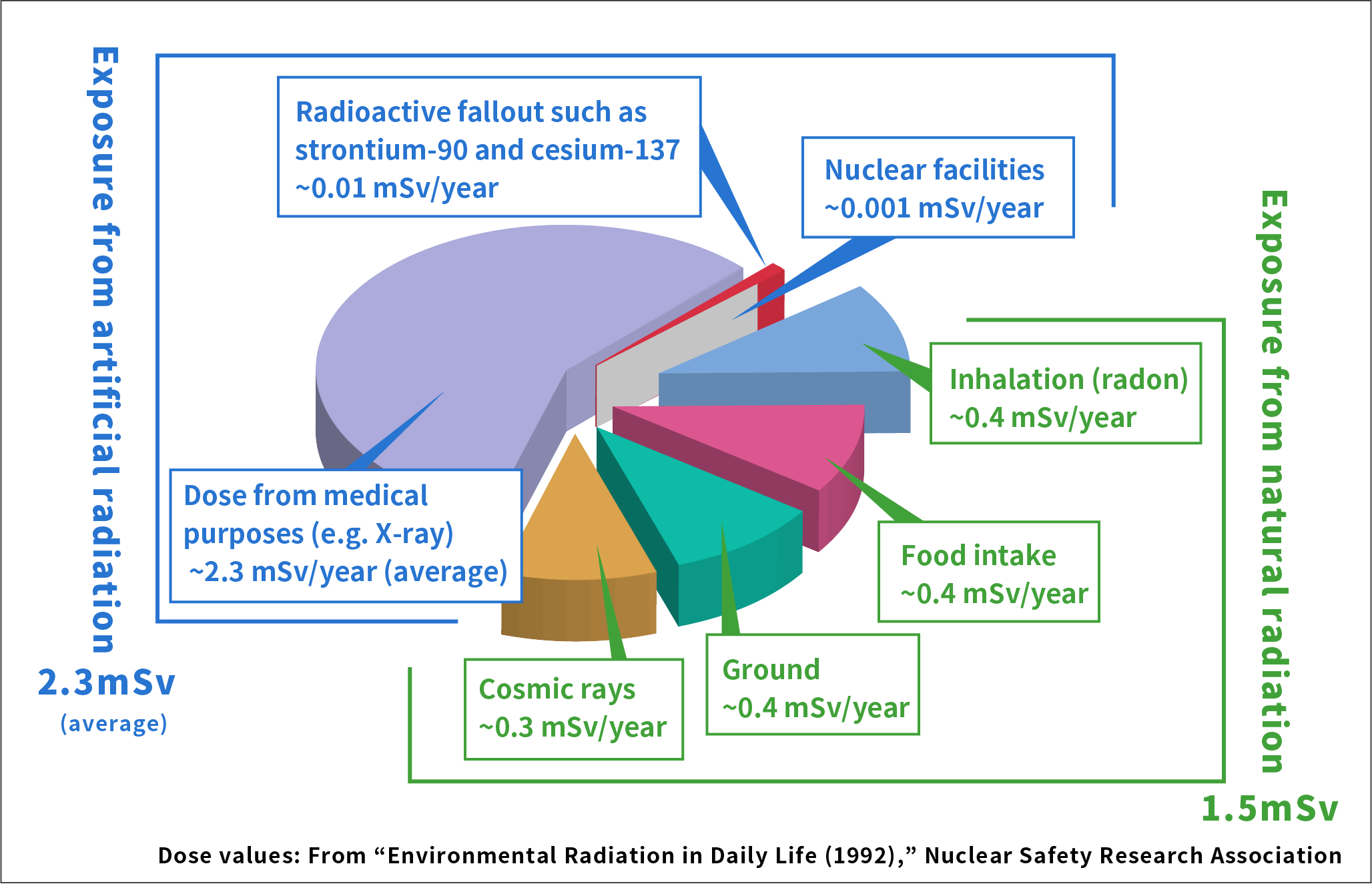 How are strontium-90 and cesium-137 measured?

Strontium and cesium are taken out of everyday things, such as sea water and daily food, and then their radioactivity is measured. 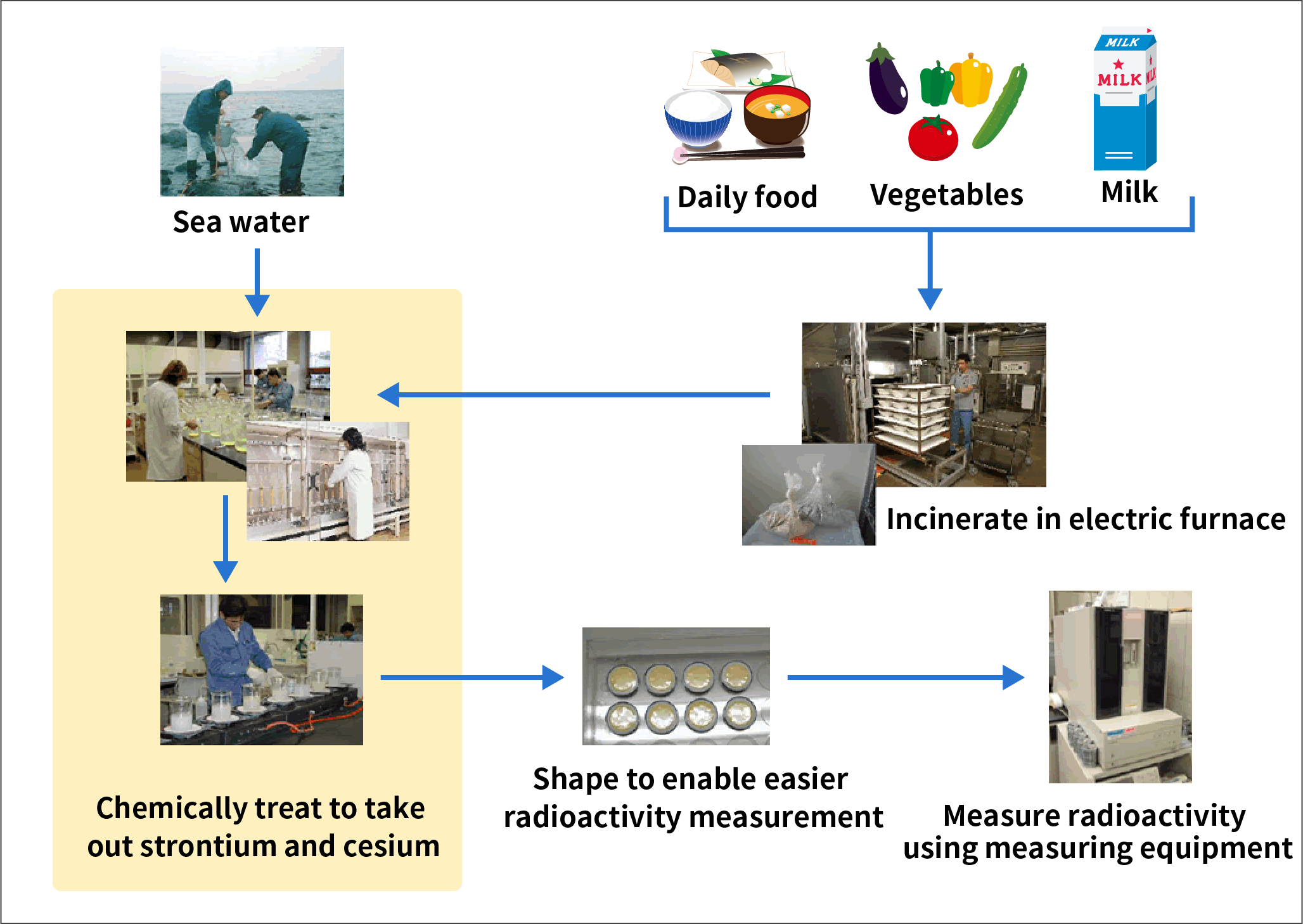 The publications below were used as reference in making these questions and answers.