1What kinds of radiation are present around us? 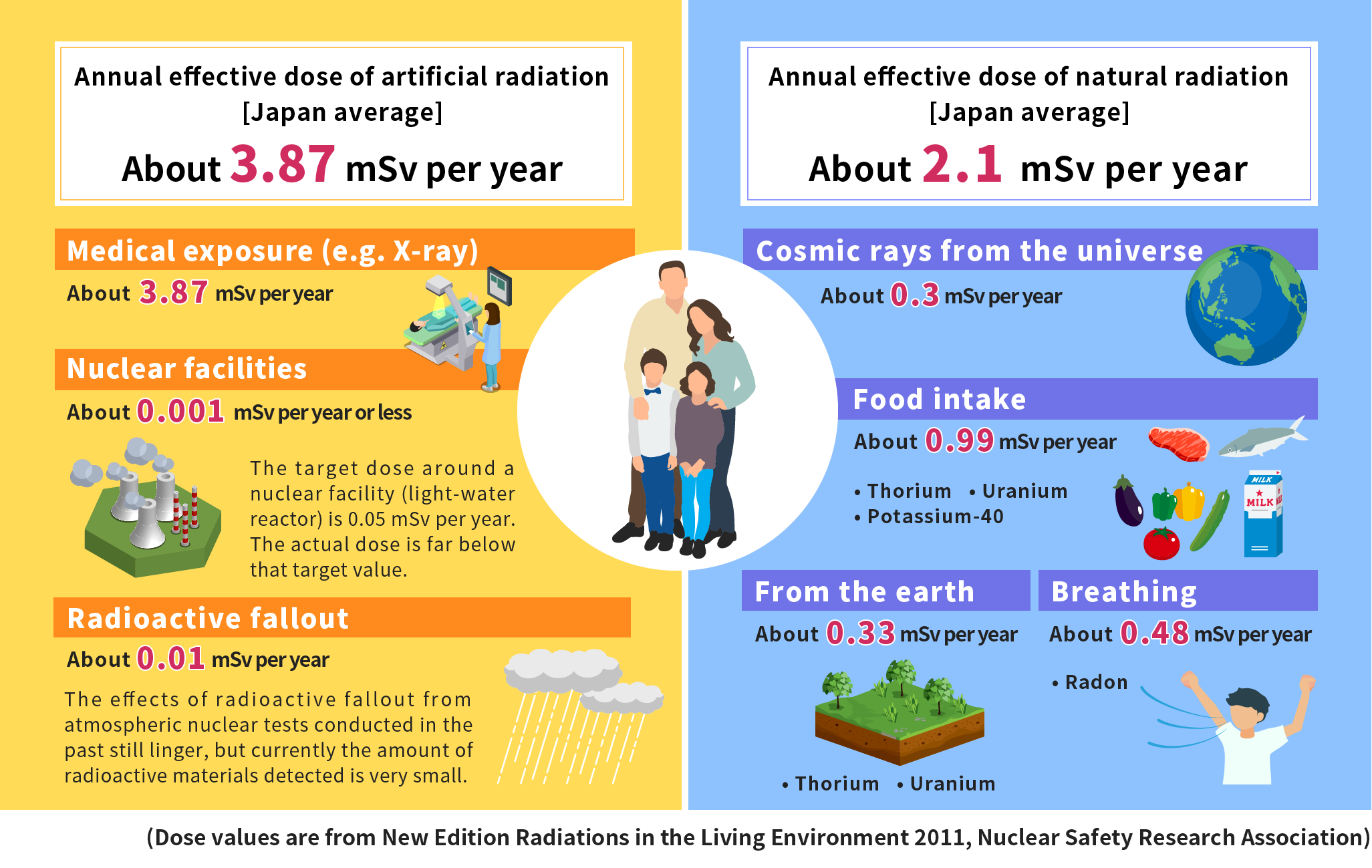 2What is artificial radiation?

It is radiation generated by human activities. Artificial radiation includes radioactive fallout from atmospheric nuclear explosion tests conducted by the US, former Soviet Union, China and other countries during the period from 1945 to 1980.
Also, nuclear facilities release radiation, although small in amount. In either case, the dose we receive is much smaller than the dose of natural radiation.
Other than these, artificial radiation is used in the field of medicine, such as X-ray examinations. It varies depending on the type, but it is said that the dose a person receives per examination is about 0.06 mSv in chest X-ray screening and about 0.6 mSv in abdominal X-ray screening. 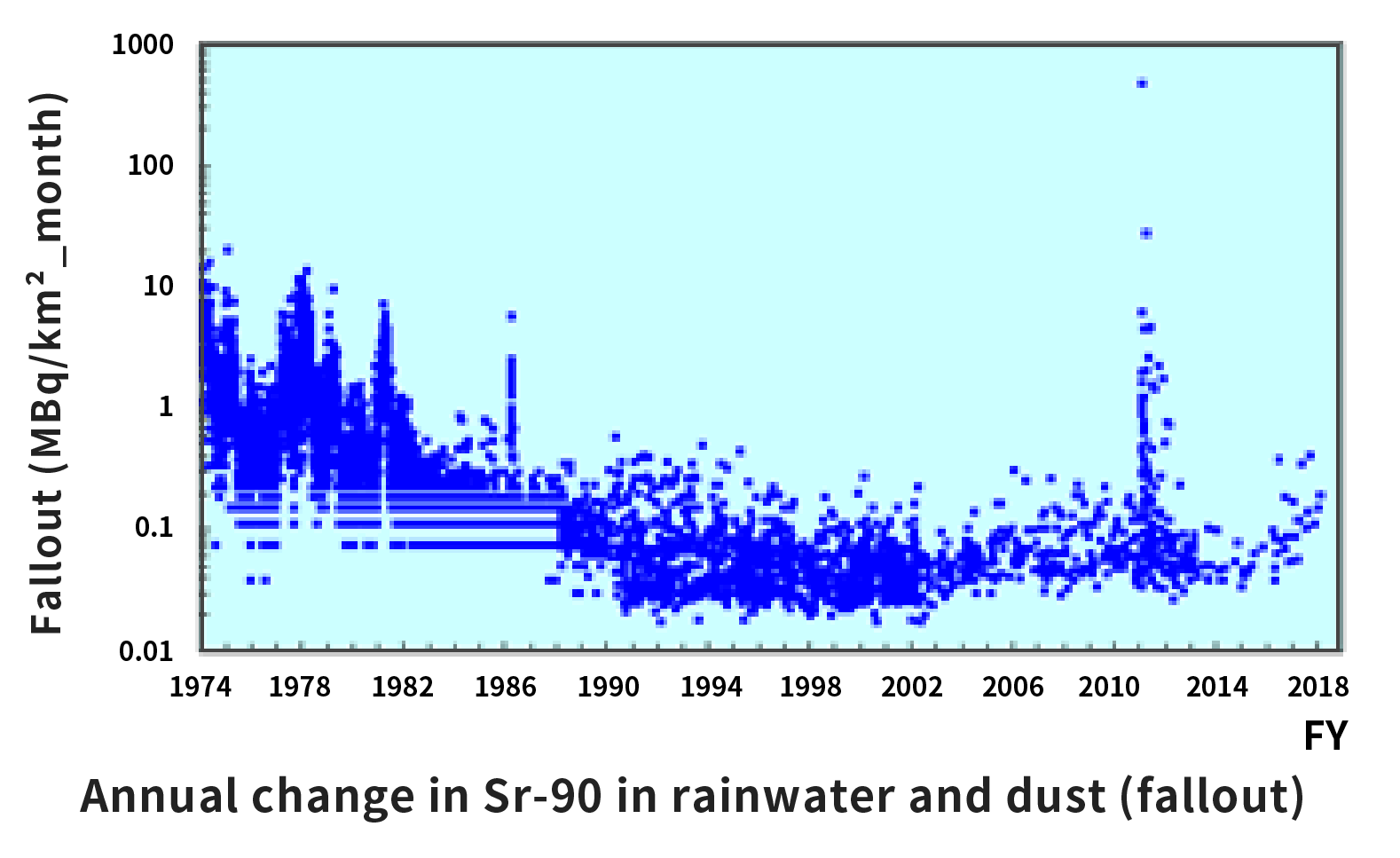 This chart shows the change in the amount of strontium-90, one type of radioactive fallout, that fell in a month per square kilometer as contained in rainwater and dust (fallout) in Japan. As atmospheric nuclear tests were banned in 1980, the monthly strontium-90 fallout started to decrease.
However, it temporarily increased in 1986 due to the Chernobyl Nuclear Power Plant accident. Since then, the monthly strontium-90 fallout remained at levels about 1/20 of that in the 1970s, but it increased in March 2011 likely due to the accident at the TEPCO Fukushima Daiichi Nuclear Power Station.

3What are uranium and thorium?

Natural uranium is present around us in areas such as sea water and sands, and has been with us since the creation of the Earth. About 70% of natural radiation we receive in our daily life comes from natural uranium, thorium, and their daughter nuclides.

A radioactive element with the atomic number of 90. It exists broadly in the earth’s crust, found in monazite, thorianite and thorite.

A radioactive element with the atomic number of 92. It’s the heaviest among the 92 elements that occur naturally. It is contained in normal sands and sea water, albeit in small amounts. Uranium-235 makes up 0.7% of natural uranium. The remaining 99+% is uranium-238.

4Are there any regional differences in the radiation dose? 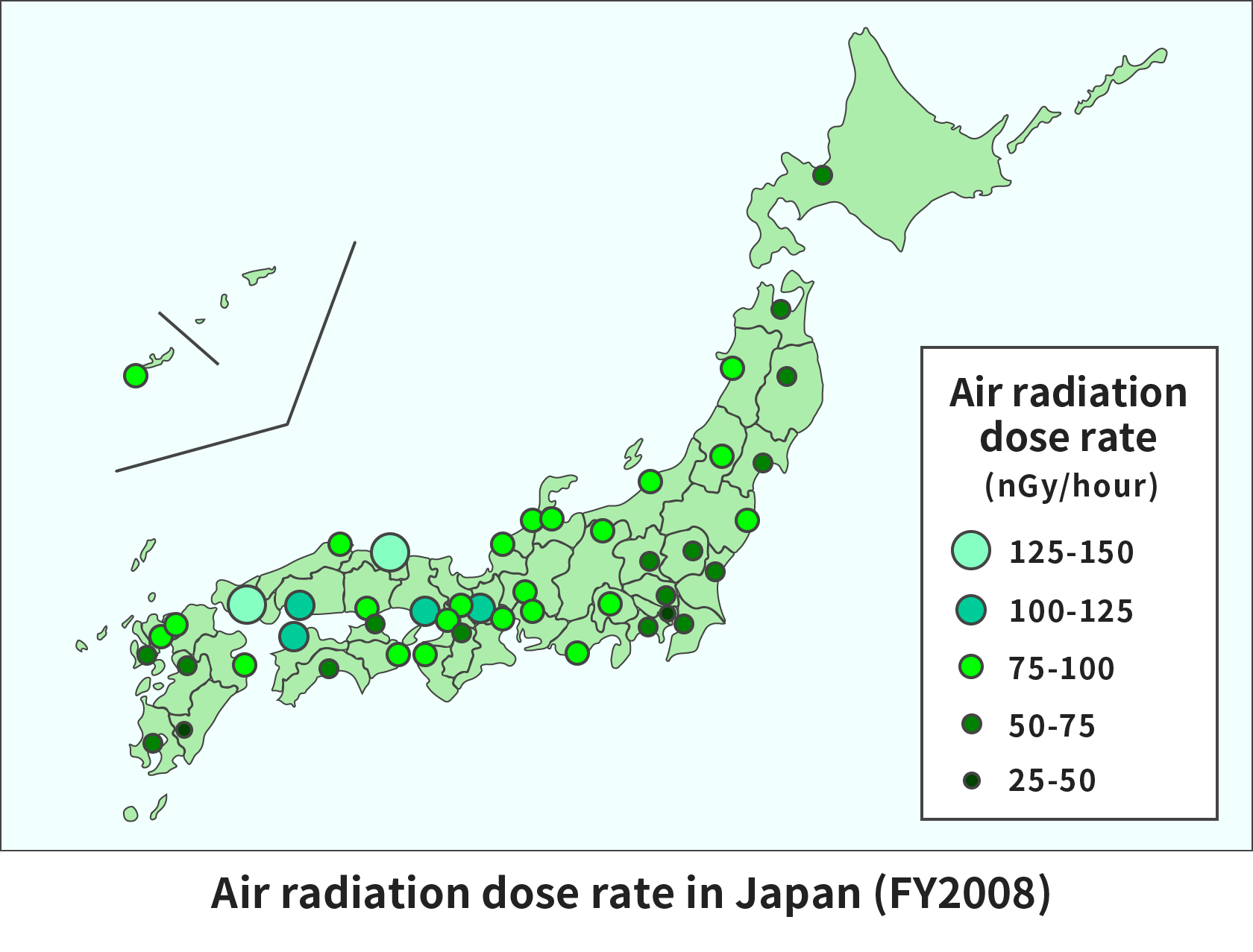 5Where are Naturally Occurring Radioactive Materials (NORMs) found around us? 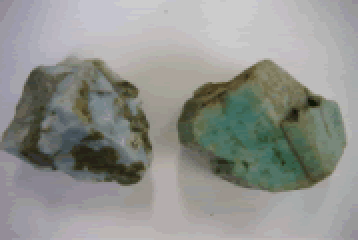 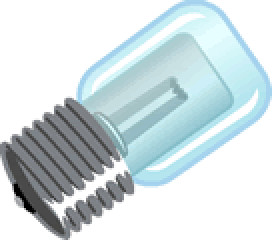 Radon is a gaseous radioactive material generated from radium, a daughter nuclide of natural uranium, which is taken into our bodies through breathing. Radium in the ground or building materials releases radon through radioactive decay, and the released radon disperses into the air.
Radon sometimes accumulates in a closed building, but can easily be released to the outside by opening the windows. 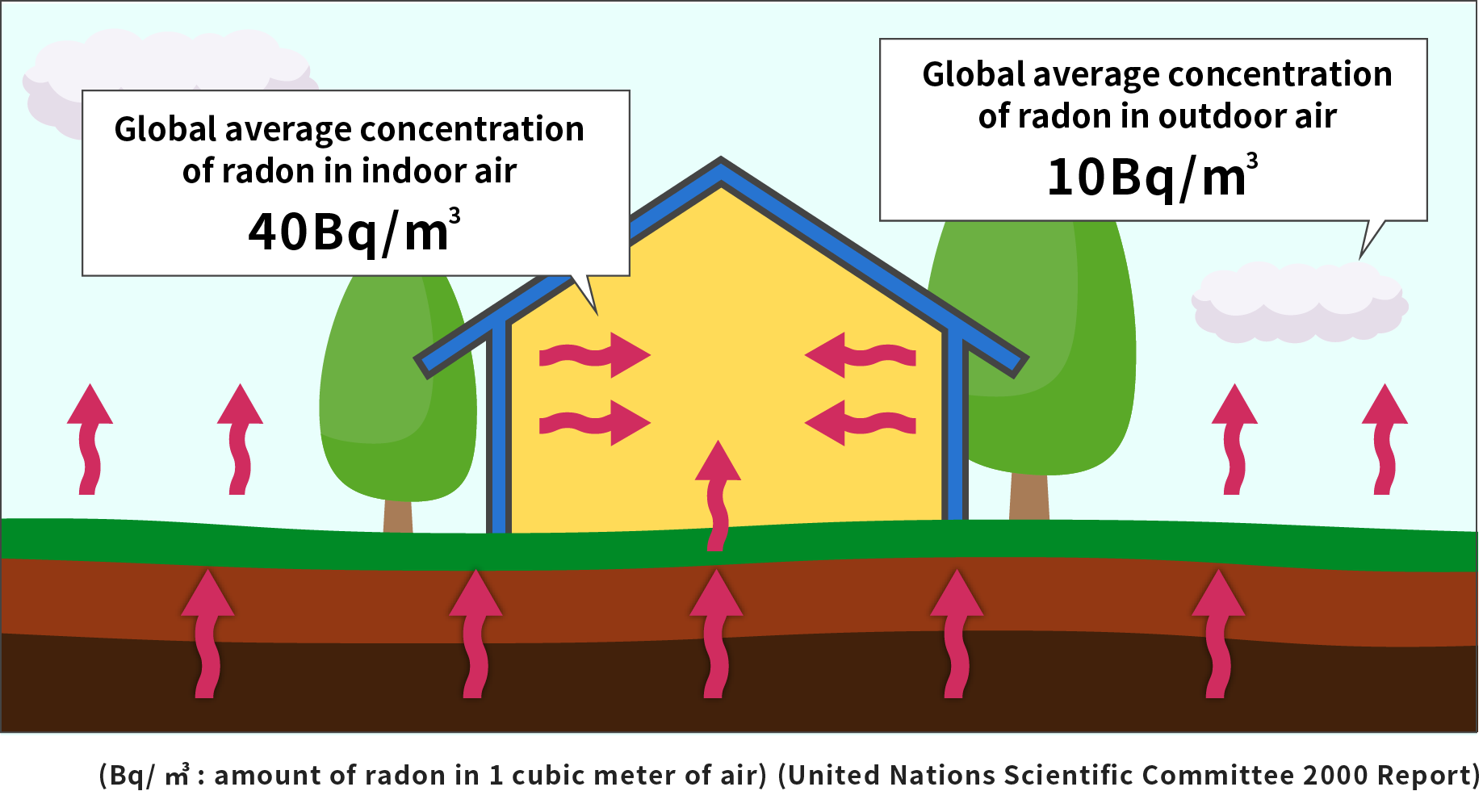 7Is the concentration of radon in Japan different from that in the world?

The annual effective dose of radon in Japan is about 1/3 of the global average. This is considered to be due to the differences in the geological nature and surveying in wooden buildings which have relatively higher ventilation rates.
However, recently, highly airtight concrete houses are on the rise in Japan, and it is possible that the indoor radon concentration increases in the future. 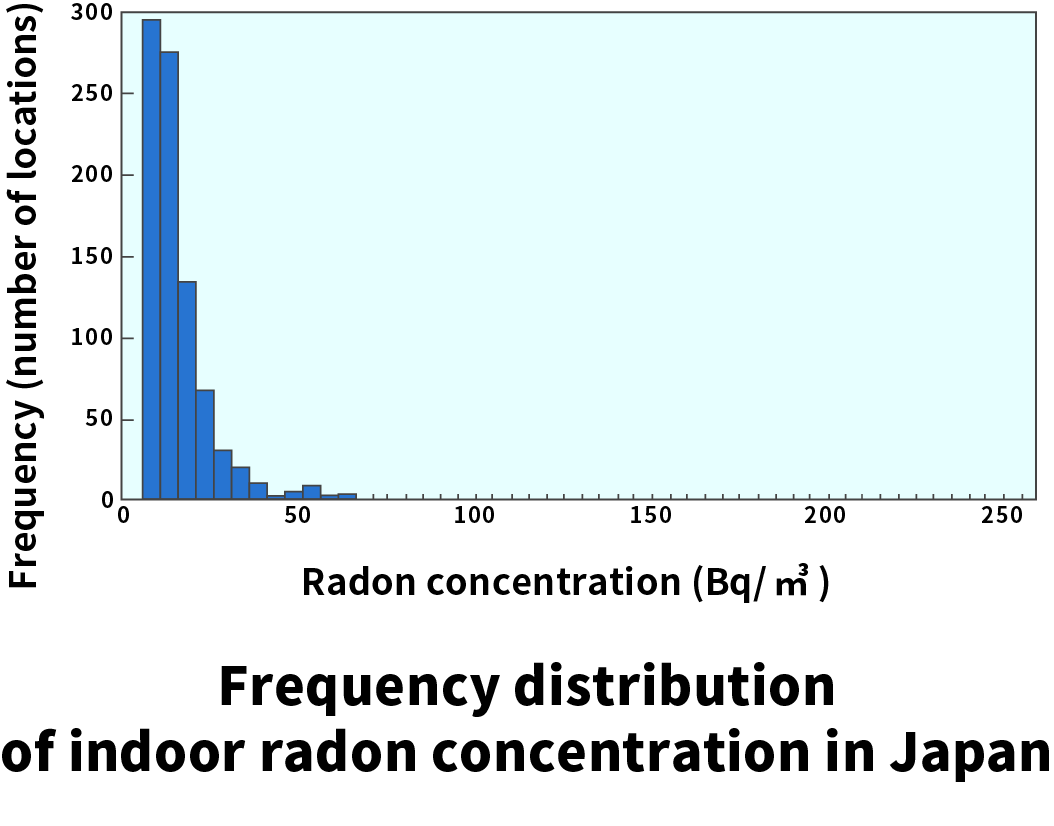 Inhaling highly concentrated radon for a long period of time may affect our bodies, such as decay products being deposited into the bronchi or lungs and causing lung cancer.
ICRP has set forth the basic approach and action level of radiological protection. For radon, ICRP recommends 200-600 Bq/m3 as an action level of indoor radon concentration (radon level that requires taking some action), which is adopted by various countries as appropriate. 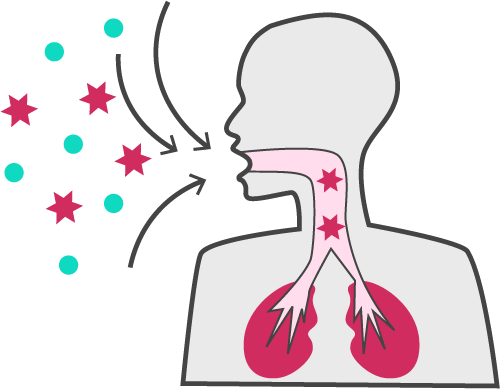 9Neutron dose in the environment

To understand the neutron level in the environment, from FY2000 to FY2005, we conducted neutron dose rate surveys in Japan.
In addition, since neutrons in the environment originate from cosmic rays and they change according to solar activity, we conducted continuous measurement of neutron dose rates using a stationary rem counter and neutron spectra using a neutron spectrometer on our premises. 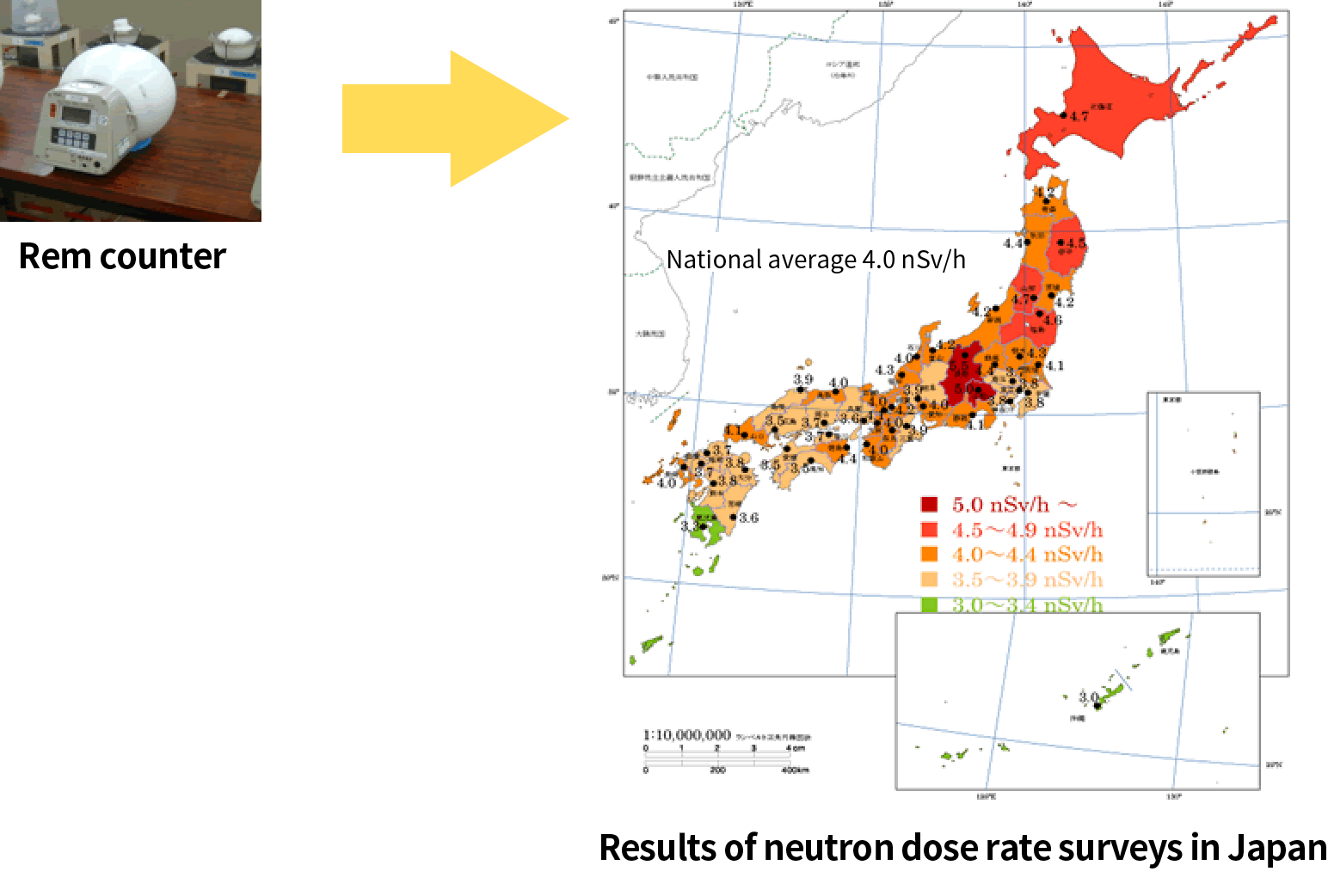