Past Events Envisaged by Measurement Data

Past events that had a major impact on the values of environmental radioactivity concentration and radiation are explained here.

They refer to nuclear explosion tests in the atmosphere (mainly in the stratosphere in the northern hemisphere) conducted by some countries such as the USA, Soviet Union, and China. Atmospheric nuclear tests started in the mid-1940s and became highly active from the late 1950s over to the early 1960s.
Radioactive materials generated by these nuclear tests spread throughout the northern hemisphere, and continued to fall onto the ground along with rainfall. These are called radioactive fallouts.The last atmospheric nuclear test was conducted by China in 1980. Since then, the radioactive materials near the ground surface have been gradually reducing. 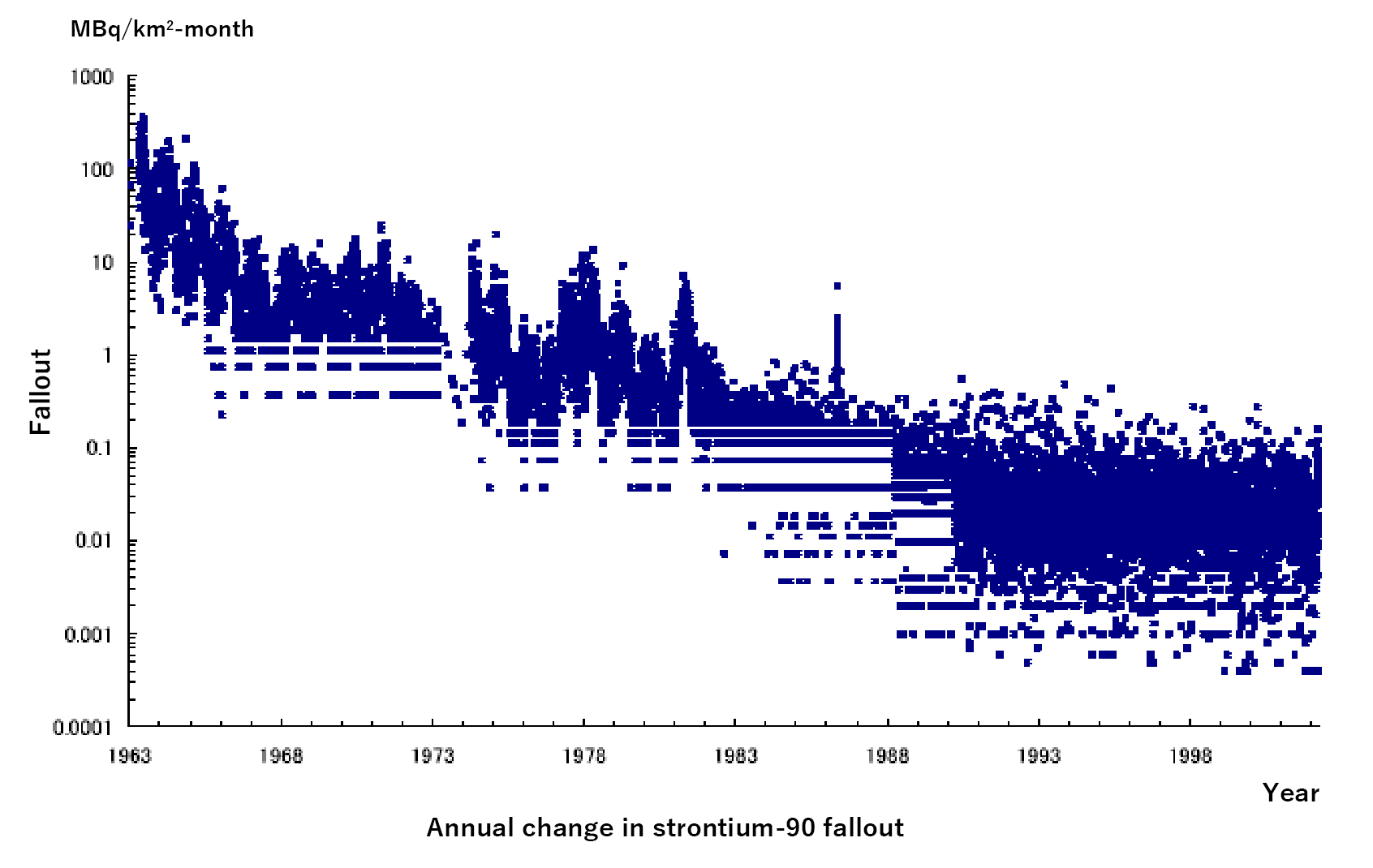 Annual fission and fusion yields of nuclear tests and atmospheric partitioning, all countries

(*a) Includes two cases of military combat use in Japan.
(*b) Total includes additional 39 safety tests: 22 by the United States, 12 by the United Kingdom, and 5 by France.
(*c) Inferred from Sr-90 measurements. Since radioactive decay of 2%-3% occurred prior to deposition of Sr-90, the estimated dispersed amount (injection into atmosphere) would also be about 160 Mt.

It refers to a nuclear reactor explosion accident that occurred on April 26, 1986 at the Chernobyl Nuclear Power Plant Reactor No. 4, in the western region of the Ukrainian Soviet Socialist Republic.
This accident caused a large amount of radioactive materials to be released into the environment, and many workers and nearby residents were exposed to radiation. The radioactive materials released by this accident flew even to Japan. 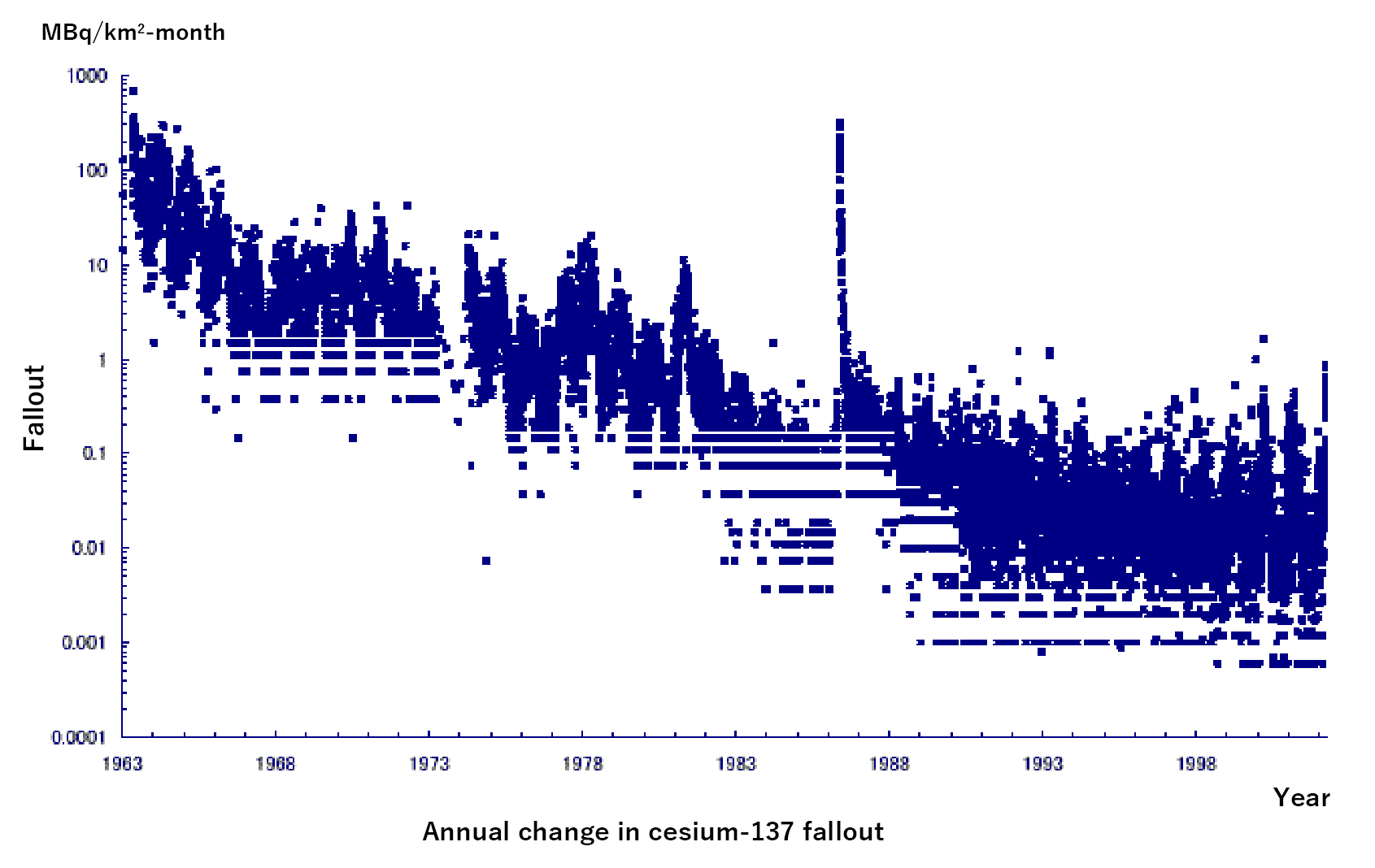 For several years after the accident at the Chernobyl Nuclear Power Plant, the results of Cs-137 radiochemical analysis may contain a small amount of Cs-134 originating from the accident.

(Reference) Estimates of main radionuclides released by the accident (×1015 Bq)

It refers to a criticality accident that occurred on September 30, 1999 at a uranium processing facility of JCO in Tokai, Ibaraki Prefecture.
This accident resulted in radiation exposure for three workers and the death of two workers. The air radiation level temporarily increased immediately after the accident.

In December 1995 and January 1996, during training at the Tori Shima Range (Fig. 1), aircraft of the U.S. Forces Japan accidentally used 1,520 depleted uranium rounds of ammunition (Fig. 2) whose use at training fields in Japan is prohibited by the rules of the U.S. Forces. 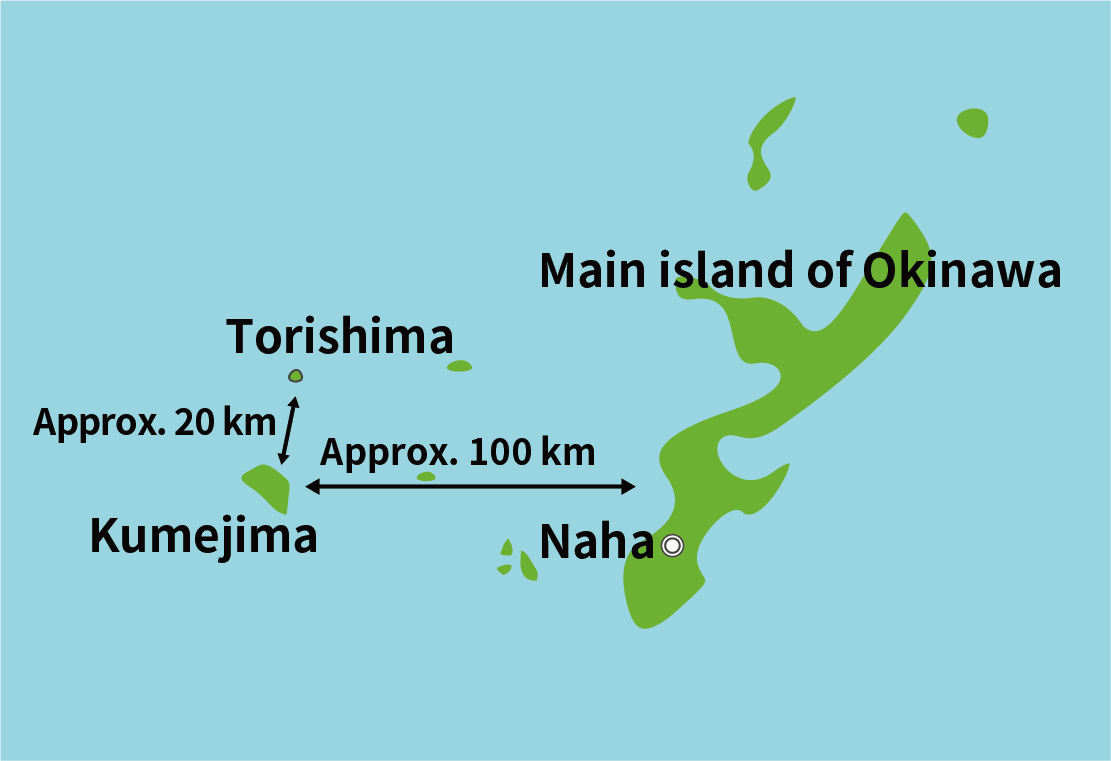 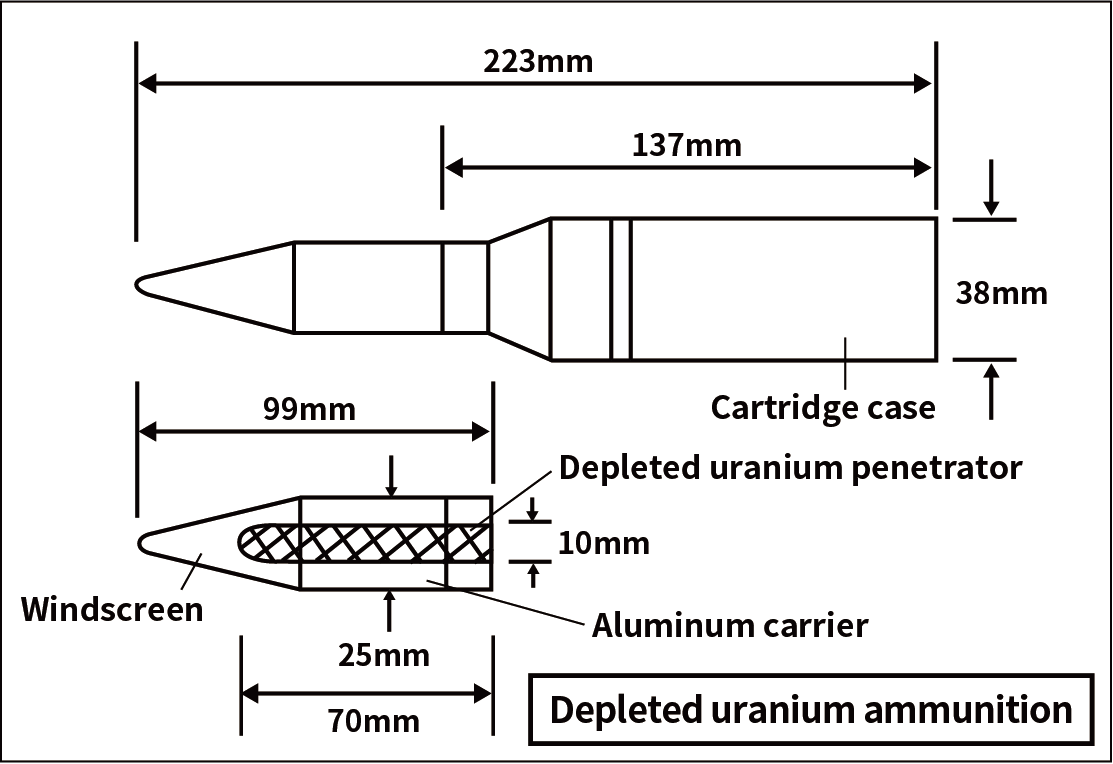 The overall assessment is outlined below.

Reference: Results of Environmental Survey Related to the Issue of Misuse of Depleted Uranium Ammunition (November 2002)*Japanese Only